To be a spiritual warrior, one must have a broken heart; without a broken heart and the sense of tenderness and vulnerability, your warriorship is untrustworthy. ~Chögyam Trungpa

There is a common belief within all mystical practices in every religion that not only are we all connected but that we are, in essence, one.  It is a knowledge that is easy to forget in the physical trappings of existence—whether it be consumerism, democracy or autocracy, or the constant identification with self of the mind simply awake (not to be confused with the awakened mind.)

As in a trance, we live in this world–intrinsically a dual one–full of pain and suffering; love and fear; wellness and sickness; poverty and wealth.  Seldom is there a moment of solace, a time for introspection as we put the phone or tablet down and simply remain in the moment.  True Self discoveries are rare nowadays, but every discovery eventually leads to the discovery of Self (not self,) that which remains when all else is taken away.  My guru used to call it, “Isness.”

We are witnessing a great American awakening now.  Pandemics, like wars, affect populations en masse and the intrinsic equality of everyone’s experience bubbles up to the surface, becoming an indelible awareness of our sameness.  Quarantine has forced us to stop, to breathe, to masticate the meaning of our path over and over, consciously or not.

The current presidency has also slowly been affecting and infecting our psyche.  The morals that our parents instilled in us and the American dream that we were taught about as children is coming to terms with the opposite America Trump and all his followers are wanting to keep alive.  There comes a time when, in moments of collective affliction, our spirits rise and scream out: enough is enough!

This cry for freedom, for justice, dwells within all of us–a longing that never goes away, free or enslaved, literally or not.  It is what built this country and within that spirit we have taken to the streets for we are “sick and tired of being sick and tired.”  The veil has been pulled away and we see our bothers and sisters marching with us and the belief that we are in the majority and that this means something, is slowly dawning on us.

It is like we have been the slave of the narrative of hate and subjugation long enough.  Nothing will stop us now.  As we progress forward, however, it is important to understand the power of your vote—for it is your strongest voice.  We have this luxury that most of us take for granted and that Republican legislators everywhere are constantly trying to take away for they know the true power of it.

So your awakening must continue.  You need to realize the power that the Republican narrative has taken away from you, your belief that your vote does not count, that it does not make a difference.  Well, guess what, are your eyes opened now?  Do you see the hordes of people following you and with you virtually and physically worldwide?  It is sad that for some of us with out the internal will to see this depended on seeing it around us before believing it for ourselves.

But not to worry, this is how revolutions are made.  You must know that this is only the beginning, because Republicans will try to hold on to power and will make all kinds of excuses come November–and this is where the pandemic could hurt us in another way.

Imagine that we are not even out of our first wave now and doing badly with it but that we may get another wave in the fall, come November?  The Republicans will gladly quarantine us then, push us to the brink so that we do not exercise our vote.  So we must remain vigilant.  Register to vote.  Call a friend and make them register to vote.  Repeat.  And last, come November, SHOW UP.

We owe it to each other, to our ancestors, and to the generations to come.  If not, all of their pain and suffering to safeguard our right to vote was in vain.

Leadership–whether it be used for the common good or evil–begins with a deep seated belief in ideas that shake the personal self to the very core, indelible, of how the world should be.  In smart politicians, these ideas come to shape the way they see the world and themselves within the body politic.  And the smartest of them all are able to inspire those around them, make headway where none tried before, and bring their vision to life in subversive ways.

Gingrich came to subvert the Republican party as he knew it.  He came to lead with a bombastic approach, wailing at the c-span cameras of yore as if he were in control of a full classroom, hungry to prove his ways right and shine a path forward.  His tactics of framing the discussion in the language he wanted became the way for Republicans nationwide and their attack lines lead many to successful campaigns.  These attack lines were with ripe with allusions to a glorified view of what America should be and what part of it should always be defended.  Their narrative was to name call, degrade, and always claim a moral high ground.

All of these were the precursors of another head growing out of the party that would eventually be called Donald Trump.  Trump became the morphed replica of the Gingrich era and all he stood for, and he was ready to use all of the ammunition against all opponents at all costs.  “Daffy Dukakis” had molded into “Little Marco,” “Low Energy Jeb,” “Lying Ted,” and “Sleepy Joe.”  Gingrich’s brash hypocrisy against Clinton for Monica while he had his Callista, became the carte blanche for Trump to know that he could survive grabbing women or paying hush money with the electorate he was going to easily manipulate. 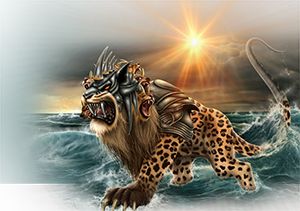 Republicans were left dumbfounded when one of their own had come into their household and gutted all of them to win the nomination for president.  The carnage!  The fear he came to instill in all of them–especially McConnell and Graham.  There were very few within the party that had not drank the Gingrich/Trump juice but it was all too late, he was in with an electorate that the Gingrich Revolution had primed and pumped–like hogs to the slaughter they were prodded and made angry.

For over a decade they had told the American people that it was the Democrat’s fault that there was a do nothing congress, that it had become a swamp.  (The Democrats never espoused an overt assertion to this narrative because in all propriety they all believed that this was the only way to legislate and the only way to move forward was to deal with all the extraneous wheeling and dealing, pork, tenure, etc.  They also, wrongly, underestimated the successful impact of mob mentality on the swing electorate.)

Mobs are always ripe for a demagogue or an altruistic leader; they long to be led, either by hatred and fear or by love and progress.  The desire to belong is built into our consciousness, a pack mentality of sorts.  But here is where the plot thickens–what drives us more, especially after a time of crises, is a longing for peace and justice, for the common good, for innate kindness.  These have become the proverbial set of movers to any psyche or persona–public and personal–since the beginning of existence.

So we allow ourselves to fall in love with Obama, because the hope he brings inspires us.  The Gingrich era of Republicanism, dying, continues to fight nevertheless.  And, in the absence of a powerful leader to continue, the beast sprouts a new head and swing voters are led astray and lied into thinking we get rid of the swamp by electing the biggest snake in it of them all.  Kudos to Trump for keeping the Gingrich momentum all to himself but, alas, as if by divine intervention, a plague strikes.

There is an exorcism of sorts that is happening in our culture right now, a birthing of sorts, of shedding of old skins and of that which is unnecessary.  All of a sudden we awaken to see that we ARE in the majority.  We realize that an expensive megaphone of hate is just that, loud and expensive and nothing more.

So at a time of this Second Great American Awakening that is going against everything that Gingrich Republicanism and Trumpism stood for, there is no turning back.  The emperors have no clothes, the veil is torn, and we see everything as it is.  What more rightful way to defeat the darkest forces in our culture than now with our vote.

So protesters, make your vote count, make your protests now count for something.  There is a political path forward.  Let us shore up our activists, those patriots raising their hands to serve in political office and register to vote.  Make November be the end of the era of this many-headed beast and may we put the nails in that coffin.  And to our legislators and judicial appointees, please act now to prevent ANY eventuality of our vote not being exercised or counted, in person or by mail.  Much hangs in the balance, but as we take to the streets and the ballot box, it is up to you that there is a ballot at the end of this tunnel for us to place our votes in.